Agriculture, forests and soils: where does the living world fit into COP26?

Call to action 28 October 2021
From 31 October to 12 November, Glasgow will be hosting the 26th UN Climate Change Conference, COP26. To tackle the crisis, CIRAD advocates a far-reaching transformation of food systems. Agriculture, forests and soils, which are both victims of and solutions to climate change, must have a place in actions aimed at mitigating climate change.

The agricultural sector, which had long been overlooked in global climate talks, is now an integral part of the debate, because of both its role as a greenhouse gas emitter and a victim of climate disruption, and its mitigation potential. CIRAD has contributed to this global recognition via the Koronivia joint work on agriculture adopted in 2017 at COP23.

Extreme climate episodes, such as droughts, are also likely to be increasingly frequent, with immediate adverse effects in terms of agricultural yields and carbon capture capacity. 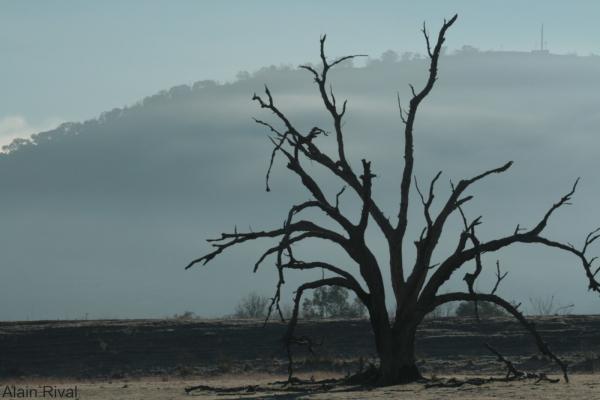 A series of studies conducted across the European continent, published in September 2020 in Philosophical Transactions B, shows how natural and cultivated areas react to droughts. The findings indicate that in 2018, carbon sinks in Europe diminished by almost 20 %, and crop yields by 40 % in Northern and Eastern Europe. CIRAD plans to develop these approaches in other parts of the world, especially in Africa and South America, to clarify the impacts of extreme weather conditions on food production and food security. The goal is to better anticipate the effects of climate change on agriculture in order to adapt to it

At the other end of the chain, food loss and waste are responsible for 10% of global greenhouse gas emissions.

Some 30 to 40% of the food produced worldwide is either lost or wasted. This staggering figure covers losses and waste from plot to domestic dustbin, through transport, processing and distribution. In a world as uncertain as today’s, this cannot go on, particularly as it is responsible for 10% of global greenhouse gas emissions. This vital issue straddles several of CIRAD’s research projects. Here are a few examples.

Rethinking land use and food systems

The food sector has to reinvent itself in response to this vicious cycle.

Reinventing food systems, to make them sustainable, resilient and inclusive

Nutrition, health, jobs, climate, biodiversity, and so on... Food systems lie at the crossroads between the major challenges for humanity. They are an absolutely crucial brick in the sustainable development wall. Based on its several decades of experience in tropical and Mediterranean countries, CIRAD is calling for a far-reaching transformation of food systems. It has just published a position paper setting out the five priorities if it is to contribute to those transformations.

We also need to rethink land use and soil management.

Governments and scientists have hitherto underestimated the importance of land use for mitigating climate change, according to an article out today in the journal Nature . The authors suggest a new method for assessing the capacity of land (soil and vegetation) to mitigate greenhouse gas emissions, depending on how it is used (forest, pasture, crops, livestock production, etc). The method also measures the indirect impacts of land use changes. It is dubbed the "carbon benefits index", and can be applied on a territory as well as a plot scale*.

The forestry sector: there are calls for global governance

Tropical forests are vital carbon sinks, but they are also under threat as a result of climate change. They too are set to become net carbon emitters.

Can tropical forests stand the heat? Yes, but only up to 32°C

Tropical forests face an uncertain future due to climate change. New research published in Science on 21 May suggests they could continue to store large amounts of carbon in a warmer world, provided countries limit their greenhouse gas (GHG) emissions to keep daytime temperatures below 32°C. The study, coordinated by the University of Leeds, involved an international team of 225 researchers, including four from CIRAD.

Furthermore, those forests are also continuing to suffer the consequences of deforestation. This has prompted calls for global forest governance.

Hear CIRAD's Alain Karsenty talking about the geopolitical issues surrounding the world's forests in the "Géopolitique, le débat" programme on RFI on 17 October (in French)

Soil carbon sequestration also has a major role to play in mitigating climate change. The IPCC models include carbon storage and greenhouse emissions in their assessments of changes in practices or in soil use. However, those biogeophysical factors are not the only ones that affect the climate balance. Surface albedo, in other words the soil's capacity to reflect or absorb sunlight, affects land temperature.

Nevertheless, it is important not to overestimate the climate benefits of some farming practices, particularly as regards nitrous oxide. Nitrogen fertilizers are vital for agricultural intensification in many regions, notably in Africa, but nitrous oxide is also a major greenhouse gas. 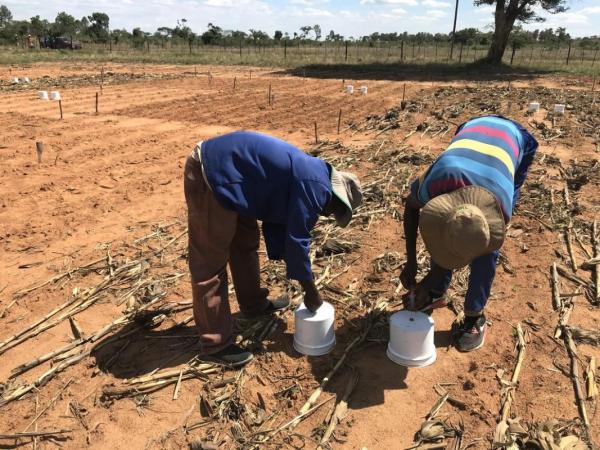 Climate | The need to manage nitrous oxide in agricultural soils

The climate change benefits of certain agricultural practices that boost soil organic carbon (SOC) stocks may have been overestimated. The reason is the potential associated increase in emissions of nitrous oxide (N2O), a powerful greenhouse gas. An international research team compiled relevant data to build an overview of the situation. Its results, published in the journal Global Change Biology, highlight the need to manage both nitrogen and SOC levels in agricultural soils in order to achieve climate objectives.

Crop biodiversity, a means of resilience and adaptation for agriculture

To tackle these challenges, several CIRAD projects are banking on biodiversity. While monocropping is particularly vulnerable to the effects of climate disruption, crop diversification and intercropping make farming systems both more productive and more resilient.

Here are a few examples of the role of crop biodiversity:

Sweet potato biodiversity can help increase climate-resilience of small-scale farming, according to the findings of a study undertaken by researchers from the French public research institution IRD, CIRAD, and the CGIAR center, the International Potato Center (CIP). The findings of this global analysis of the intraspecific diversity of the sweet potato - one of the world’s most important food crops - demonstrate the role of this genetic diversity in the productivity and resilience of food and agricultural systems in the face of climate change. The results were published on 5 October in the journal Nature Climate Change.

On 6 October in Montpellier, CIRAD, INRAE, IRD and Institut Agro – alongside representatives of the Prefecture and the Occitanie Region, and Michaël Delafosse, President of Montpellier Méditerranée Métropole and Mayor of Montpellier – inaugurated two facilities that will play a major role in the adaptation of crops to climate change. The first, ARCAD, a genetic resources centre, contributes to conserving Mediterranean and tropical crop diversity, which is essential to plant breeding in the context of the agroecological transition. The second, the AbioPhen greenhouses, simulate future climate conditions. 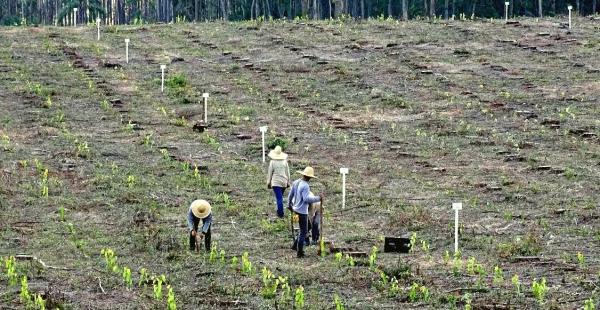 Planted forests: there is strength in numbers of species in the face of climate change

Planted forests mixing several tree species may perform better than monospecific plantations in terms of productivity, carbon storage, adaptation to climate change. However, this is only possible if they are efficiently managed. The MixForChange project has set out to explore that triple potential of mixed planted forests and translate the resulting knowledge into guidelines for forest managers. These advances will also serve to steer the growing number of reforestation operations. MixForChange is coordinated by CIRAD and has funding from the European Union and the Brazilian government under the Biodiversa call for proposals. It was launched on 1 February, to run for three years.

Sharing efforts between biofuel production, the transition to reduced-meat diets and the reforestation of pastures would be a far better option for tomorrow’s agriculture than focusing on just one of these strategies. This mix would simultaneously address the goals of food security, biodiversity conservation and emissions reductions, according to a study published by CIRAD and its partners in Environmental Research Letters .

COP15 desertification: agriculture as a buffer against the advance of the desert