Institutional news 8 December 2020
The Koronivia joint work on agriculture, adopted in 2017 at COP23, has boosted the visibility of agriculture in climate talks. Since then, the agricultural sector has no longer been seen simply as a greenhouse gas emitter. The Koronivia work means that the mitigation potential of agriculture and the need for adaptation have at last been recognized. As a climate talks observer, CIRAD has been very active within this joint work with its partners. A look back at the key points of its submissions.

The Koronivia Joint Work on Agriculture (KJWA) is nearing completion. It has provided negotiators from the countries that signed the Paris Agreement with tools to ensure that agriculture is taken into account in this context.

CIRAD's work at the science-policy interface

States, and also United Nations Framework Convention on Climate Change (UNFCCC) observers such as CIRAD have been able, prior to each thematic workshop, to submit proposals to the UNFCCC. CIRAD was keen to share its experience of tropical and Mediterranean zones with negotiators, in the form of short scientific messages. Along with its partners, it has submitted a series of contributions on four of the six topics that make up the KJWA. Those contributions are summarized below.

The organic carbon stocks in the soil (SOC) are the largest in the terrestrial biosphere and are a major part of the global carbon cycle.

Boosting SOC can improve food security and contribute to adaptation to and mitigation of climate change. It also has several other advantages, such as improving soil structure and maintaining biodiversity and associated ecosystem services.

Sustainable management techniques that boost SOC stocks call for inclusive participatory debate with smallholders and other farmers. Moreover, these activities must result in locally useful technical solutions that fit into local farming systems and landscapes.

If they are produced by recycling, organic fertilizers could replace mineral fertilizers and thus avoid GHG emissions.

There could be substantial advantages in terms of nutrient recycling, availability and efficient use. Manure is a significant, underestimated source of nitrogen.

Farming systems in tropical and Mediterranean countries are the most vulnerable to climate change and also those that have the least room to manoeuvre.

A range of policy instruments, including regulatory, incentive and communication instruments, should be combined. Those instruments should be built across traditional sectors, to exploit the synergies between sectoral policies.

Developing tools, strategies and policies tailored to the environmental and food security issues in the territories concerned.

Taking account of the entire food system in order to respond to the impact of climate on food security, including the links between food value chains and a politico-economic analysis of the role of agrifood firms in promoting more inclusive food systems that are more resilient to climate change, including rural-urban interactions.

In 2019, livestock production accounted for between 20 and 24% of GDP in developed and developing countries. It provided 34% of protein and 18% of food energy, albeit very unequally, and consumption of animal proteins is a public health issue (malnutrition affects 1 person in 5 in developing countries). Some 600 million of the world's poorest households rear livestock as a vital source of income.

Climate change is partly responsible for the degradation of pastoral ecosystems, along with many animal health problems. These impacts are affecting the main livestock production basins and could affect the economy and regional flows, particularly in the most vulnerable livestock regions. This could in turn result in social disorganization.

The livestock sector generates 14.5% of global manmade greenhouse gas emissions (44% of methane, 29% of nitrous oxide and 27% of carbon dioxide)*. Building mitigation strategies is a major challenge. Such strategies can be based in particular on efficient production on various levels (managing feed, animal health, soil and pasture, and land use). Increasing the synergies between agricultural activities (nutrient recycling) or between landscape units (agro-silvo-pastoralism) also has good potential for mitigation. Greater attention should be paid to carbon capture in the soils of rangeland systems (30% of SOC). Making energy savings and recycling throughout supply chains are also mitigation methods.

Livestock production is capable of exploiting land that is not suitable for crops. However, adaptation could be more efficient if greater consideration were given to social organization, which is one of the main drivers in the livestock sector. In addition to the critical biophysical impacts on plants, animals and territories, current and future trends and events will no doubt also affect aspects relating to power, governance and equality, often to the detriment of the most vulnerable population groups. The complexity of the tasks at hand means building capacity to implement an integrated approach including socioeconomic, technical and environmental analyses, in order to improve policymaking and decisions on investment for the sustainable development of the livestock sector.

* In 2017, the COP23 talks in Bonn resulted in the Koronivia joint work on agriculture. It was named after a research station in Fiji, which held the COP23 Presidency.

** These figures are still the subject of debate within the scientific community: there is some uncertainty about the assessment of emissions resulting from land use changes and carbon capture, and a lack of references on contextualized emission factors. 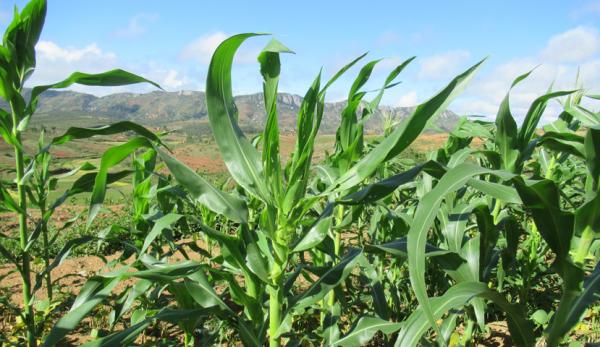