Results & impact 13 September 2021
The results of the latest IPCC report have enabled new operations to model the impact of climate change on crops. In West Africa, rice yields are set to fall substantially if current global greenhouse gas emission trends continue. According to a study published in August 2021 in Agronomy for Sustainable Development, rainfed rice production in Senegal will halve by 2100. The study's authors, who include six CIRAD researchers, are pushing for current varieties and practices to be adapted to counter this fall in yields.

In Africa, poor soils and limited fertilizer use mask the impacts of climate change on crops

"Rainfed rice yields in Senegal will fall by 50% between now and 2100 unless we adapt production methods, according to the "business as usual" scenario. The most optimistic scenario, which would require drastically cutting our greenhouse gas emissions, would ensure stable yields", says Edward Gérardeaux, an agronomist with CIRAD specializing in annual crops who was lead author of the study. "In response to rising temperatures, using more suitable varieties, with longer growth cycles and greater tolerance of extreme temperatures, could limit the extent of the damage."

The main three of climate change on crops

According to IPCC forecasts, temperatures are likely to rise across Africa. This would increase transpiration and above all shorten the plant life cycle for all crops, leaving plants less time to intercept sunlight and draw nutrients from the soils. Episodes of extreme heat are also likely to become more frequent, resulting in seed sterility. "We are expecting yields reductions of up to 50% across the continent", Edward Gérardeaux points out.

CO2 levels in the air are also likely to increase. This phenomenon, which will drive photosynthesis, should boost plant growth and reduce transpiration, increasing yields by between 10 and 20%. "However, the positive effects will not cancel out the losses caused by higher temperatures", says Edward Gérardeaux.

Climate models remain relatively uncertain as regards rainfall patterns. In Sudanian and Sahelian zones, the latest models produced by IPCC experts forecast reduced rainfall in Senegal and Mali, and increased rainfall further east (Burkina Faso, Niger, Cameroon). Just one thing is certain: there will be more extreme events, such as torrential rains, storms and extended droughts. Overall, yields are likely to fall by as much as 20%.

Based on these three factors, climate change will therefore have a negative effect in Africa. However, Edward Gérardeaux stresses that some regions may benefit: "In some high-altitude zones, cold is currently a limiting factor for crops. Madagascar, for instance, could see rice production in its highlands increase due to the higher temperatures".

What are the possible adaptation strategies?

For rainfed, ie non-irrigated, crops, the authors recommend varietal adaptation. This consists in choosing rice varieties that are more resistant to heat and consume less water. Many farmers in Senegal have already switched to such varieties.

Crop adaptation must be done in parallel, notably alongside the adoption of agroecological intensification techniques. In particular, this means techniques that serve to control drought and improve soil fertility: mulching to limit evaporation, agroforestry to increase shade and reduce wind, and intercropping, to cut risks and optimize soil resource use.

Nevertheless, François Affholder, a CIRAD agronomist and co-author of the study, points out that climate change adaptation strategies cannot be separated from the need to intensify cropping in Africa. As he puts it, "We must not forget that crop yields in Africa are generally very low and fall well short of their potential. The continent's food security situation is precarious and its population is continuing to grow rapidly. Agricultural intensification is therefore essential".

The yield gains allowed by agroecological intensification are much greater than the losses anticipated by pessimistic climate change impact scenarios, which are based on a constant level of agricultural intensification. However, farmers' capacity to intensify their practices, and a fortiori to do so in an agroecological way, depends on the level and quality of public investment in support of these transitions. In many agricultural situations in Africa, rational use of nitrogen fertilizers is now essential to trigger intensification. At the same time, access to seeds for a range of species, including pulses to reduce this dependence on nitrogen fertilizers, is vital.

"Climate change risks reducing our room to manoeuvre in terms of sustainable crop intensification", François Affholder adds. "Investment in support of this transition is likely to be less effective and therefore more costly. This is why we must not dissociate intensification and climate change mitigation: the two issues are inextricably linked."

Climate change is threatening biodiversity in the tropics: the case of the baobabs in Madagascar 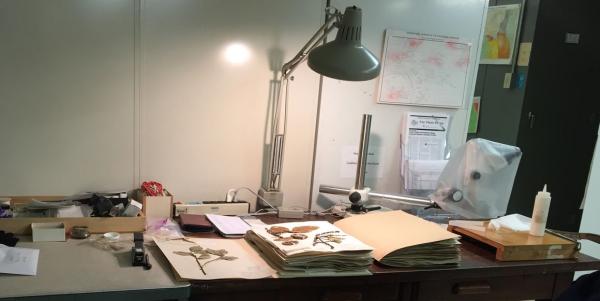