Ahead of the Africa-France Summit, agroecology will top the agenda at Montpellier Global Days Africa 2021

Event 13 September 2021
Ahead of the New Africa-France Summit, Montpellier University of Excellence - of which CIRAD is a founding member - is organizing Montpellier Global Days Africa 2021 from 4 to 7 October. the four days are intended to foster discussions between a wide range of players: scientists, politicians, citizens and journalists. Agroecological transitions, biodiversity, health and jobs... agriculture and food systems will be at the heart of those discussions. CIRAD is coordinating the days centring on agroecology, on Monday 4 and Tuesday 5 October.

Join us remotely for the days on agroecology

Africa's population is set to top 2.5 billion by 2050. To keep pace with such population growth, African agriculture will have to build more efficient farming systems, while preserving the resources on which they depend. Agroecological intensification is one key way of going about it. This is a huge challenge, but Africa has many assets on which it can rely, including its young people and its involvement in various international scientific cooperation networks.

On the agenda at Montpellier Global Days Africa 2021

On 4 and 5 October 2021, CIRAD and Institut Agro are organizing debates and events centring on the topic of agroecological transitions. Building capacity among producers, co-generating knowledge of use to players on the ground, assessing the agronomic and socioeconomic performance of agroecological systems, and upscaling will all be covered with several African partners, through films, testimonials, games and round tables.

Monday 4 will end with a discussion of the advocacy work being done by DyTAES, the Dynamique pour une Transition Agroécologique au Sénégal, followed by the opening of an exhibition of photos looking at agroecology in Africa.

The afternoon of Tuesday 5 will be given over to the future of cocoa growing, with contributions on agroforestry, chocolate quality and product certification.

CIRAD will also be involved in and present at the discussions concerning various topics: food systems, the One Health approach, biodiversity, water and digital agriculture.

6 and 7 October will be devoted to feedback on operations and transverse debates on all the topics covered at Montpellier Global Days Africa 2021. The Great Green Wall, the PREZODE international initiative, development through research, the link between research and innovation, and funding of partnerships will be among the topics covered.

CIRAD and Africa in a nutshell

As an agricultural research organization working on tropical and Mediterranean regions, CIRAD works closely with many African partners. Its operations in the region centre around six regional offices and cover a large part of the continent, where 60% of its expatriate staff members and more than 40% of its projects are based.

CIRAD has made Africa one of its geographical priorities in terms of its research for development remit. It is present in all five regions of the continent, with particular emphasis on West Africa, including the Sahel. It confirmed its commitment in 2018 by means of the Ouagadougou Declaration, signed by a dozen or so institutions keen to join forces to work towards sustainable rural development and food security in the Sahel. 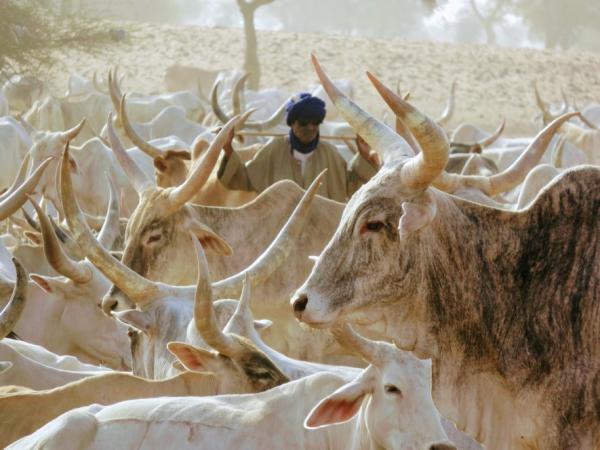 The roadmap for the Ouagadougou Declaration has been adopted

On 22 and 23 October 2019 in Niamey, the AGRHYMET regional centre, an institution of the Comité Inter-États de Lutte contre la Sécheresse au Sahel (CILSS), played host to the main players* working for the development of the Sahel countries that signed the Ouagadougou Declaration, including CIRAD. The seminar, organized by the Institut du Sahel , served to co-construct the roadmap for implementation of the Declaration over the coming year.

Of the projects involving CIRAD in the Sahel, eight (ABEE, ACCEPT, BIOSTAR, CASSECS, FAIR, IRRIN, ACCES and Aminata) are the result of the DeSIRA (Development Smart Innovation through Research in Agriculture) initiative launched at the Paris One Planet Summit in December 2018. This EU initiative is intended to support agriculture and food systems in the global South through innovation and knowledge, to make them more resilient to the effects of global change, including climate change. Another ten or so DeSIRA projects involving CIRAD were launched recently in Africa, in Ivory Coast (Cocoa4future, Marigo), Uganda (on coffee), in Nigeria (LIDISKI, on peste des petits ruminants and Newcastle disease), in Zimbabwe (PACMAN) and in Madagascar. 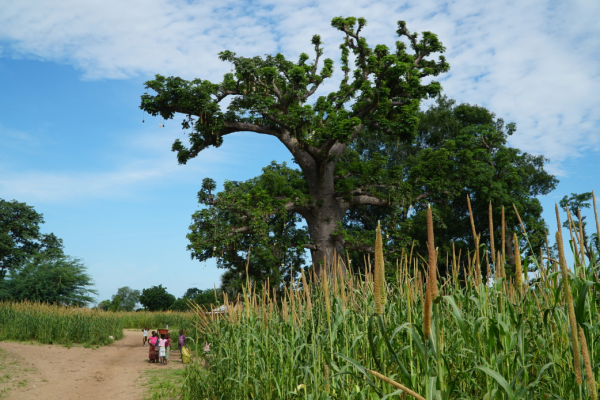 Boosting agricultural innovation and transforming food systems in various countries to make them more resilient to the effects of climate change is the aim of the DeSIRA programme launched by the European Commission at the One Planet Summit in December 2017. It will primarily contribute to the following sustainable development goals (SDGs): 1 (no poverty), 2 (zero hunger), 5 (gender equality), 8 (decent work and economic growth), 13 (climate action) and 15 (life on land).

CIRAD is recognized in Africa for its scientific expertise, enabling it to contribute to food and nutrition security, the agroecological transition in response to global change, improving agro-silvo-pastoral systems, sustainable management of water, forests and natural and cultivated biodiversity, and animal health via a One Health approach.

Cocoa4Future: putting people and the environment back at the heart of cocoa growing

Making cocoa growing in West Africa more sustainable and resilient... this is the task set for the Cocoa4Future project, coordinated by CIRAD and funded by the EU DeSIRA programme and the Agence Française de Développement. Over five years, more than 150 monocrop or agroforestry cocoa plantings will be assessed from an agro-environmental point of view, while 350 farms in Ivory Coast and Ghana will benefit from support for new farmer strategies, notably as regards agroforestry. The different project partners* have just signed a consortium agreement.

Examples of other projects

A hundred or so CIRAD researchers are assigned to research and teaching establishments in Africa. They are involved in more than a hundred research and training projects in partnership. 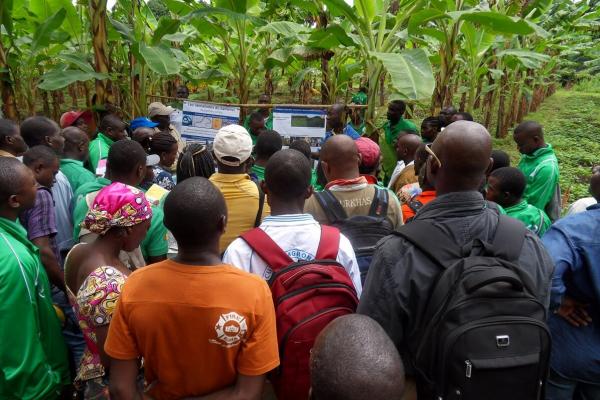 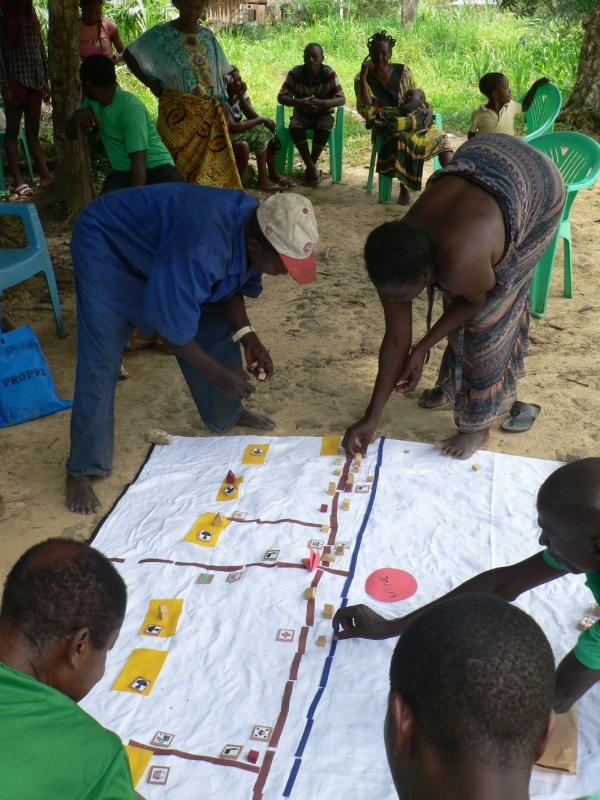 The project is being implemented at eight sites in Africa, the Caribbean and the Pacific, and aims to protect both wildlife and the food security of local people.

Those projects are mostly being conducted by platforms in partnership.

Official launch of the FAIR Sahel project: ecological intensification of agriculture to increase the resilience of farms in the Sahel

Official launch of the BioStar project: bioenergy for SMEs in West Africa 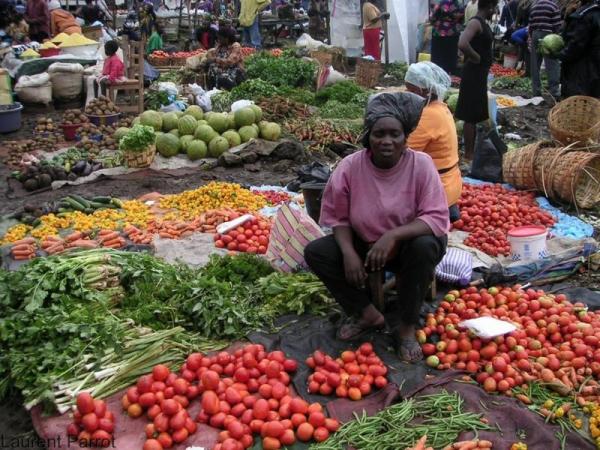