Call to action 19 September 2022
What solutions are available to agriculture to deal with drought events that are becoming more and more frequent? For CIRAD, which has been addressing this problem for many years through its research in partnership in the countries of the South, this is now a crucial question because of climate change.

The Conversation | From water conservation to crop selection, how farmers can take action against drought

The water crisis: solutions are needed at the territorial level

The pastoral landscapes of the Sahel are mitigating climate change

Extreme climate events are becoming more severe throughout the world, as seen with the drought that hit North Africa and parts of Europe this summer. The agricultural sector, which consumes 70 to 80% of all water resources, is the most seriously impacted by a reduction in water availability. For more than 20 years, CIRAD has been testing innovations in the Mediterranean and tropical countries to adapt agriculture and livestock farming to these climate events.

Varieties that are more resistant to water stress

The first driver of adaptation lies in plant response to water scarcity, known as “water stress”. According to Delphine Luquet, a plant ecophysiologist at CIRAD, the goal is to select varieties that can avoid or tolerate this stress in order to maintain yields: “plant breeding consists in building on the richness of known plant diversity in order to develop new varieties that combine specific traits of interest for a given agro-climatic and societal context”.

In a context of drought, the goal may be to combine, within a given variety:

The development of varieties that are less sensitive to water stress is particularly crucial for perennial crops. Plantations of these crops last several decades and need to be adapted to the climate of the future.

In addition to the selection of varieties, the choice of the species themselves is becoming a major issue for the adaptation of agriculture to drought events. In France, for example, more and more farmers and plant breeders are turning to sorghum as a substitute for maize and other cereal crops. Originating in Africa, sorghum is more heat and drought tolerant because of its deep root system, its capacity to maintain green leaves for photosynthesis throughout its whole cycle, and the resistance of its reproductive system to high temperatures. CIRAD has actively contributed to exploring and understanding the genetic diversity of sorghum.

In parts of the world that have suffered from drought events for centuries, a strategy that is increasingly considered is a return to the cultivation of traditional species. Many of these were abandoned in the face of competition from imported crops. However, due to their area of origin and to their adaptive history, these species often provide far more effective sources of adaptation to drought. In West Africa, this is the case of fonio, millet and cowpea.

Agroecological crop and livestock systems that are more water-efficient

Associating a legume crop with cereal crops, for example, provides denser plant cover at ground level, which limits the evaporation of water while enabling the cereal to benefit from natural soil fertilisation by the legume through the functioning of its root system.

Another plant cover practice, which also helps to ensure maximum water retention in cultivated soils, is the use of mulching with crop residues. Julien Demenois, an agronomist and forester at CIRAD, explains: “this practice is often implemented in conservation agriculture and has several effects, such as reducing runoff, increasing water infiltration and limiting evaporation. In the hot, sunny conditions of the tropics, the presence of crop residues helps to more rapidly store water in the soil at the beginning of the rainy season, and to thereby limit the adverse impacts of a period of drought at the beginning of the growing cycle”.

The advantages of agroforestry

“Agroforestry is another very good example of adaptation”, adds Delphine Luquet. “Trees provide shade and protect plants that suffer from water scarcity and high temperatures”. Indeed, their very dense root systems help to retain water and soil nutrients in a perimeter around the tree. Their shade is attractive to animals that fertilise the soil in the cultivated area with their dung, all of which is beneficial to the crops.

CIRAD is studying a complex ecosystem of this type in Senegal, with millet grown under trees of the species Faidherbia albida. “This tree has the unusual capacity to retain its leaves in the dry season”, says Vincent Blanfort, an agroecologist specialising in grasslands at CIRAD. “It provides shade for crops and cattle, as well as supplementary food resources through the gathering and pruning of its pods”.

The researcher goes on to generalise this example, describing agriculture-livestock associations as an age-old system that can provide solutions for adaptation to recurrent drought events in tropical and Mediterranean countries.

Pastoralism, a driver of resilience to drought

Family livestock systems in Mediterranean and tropical areas are heavily impacted by climate change and the exacerbation of extreme events, such as the succession of several years of drought. CIRAD is involved in numerous studies in Sahelian West Africa that focus on pastoralism in drylands. In Burkina Faso, for example, CIRAD is working with its partners to test collaborative and sustainable territorial management systems that integrate livestock activities: manure management, dry season forage, a land charter for the sustainable management of agro-silvo-pastoral resources, etc.

The scientists agree on the advantages of livestock mobility in agropastoral systems faced with climate change. However, these pastoral activities can be challenged in the light of security, health and land access issues.

The transformation of agricultural and food systems to address climate change also requires far-reaching political mobilisation, in order to develop ambitious and effective adaptation policies and to support farmers.

“First, it is necessary to ensure major financing for policies and instruments to adapt agriculture to climate change”, says Marie Hrabanski, a researcher in political sociology at CIRAD. Based on several research projects conducted in both the North and the South, CIRAD’s scientists have identified five policy strategies for the adaptation of agriculture: 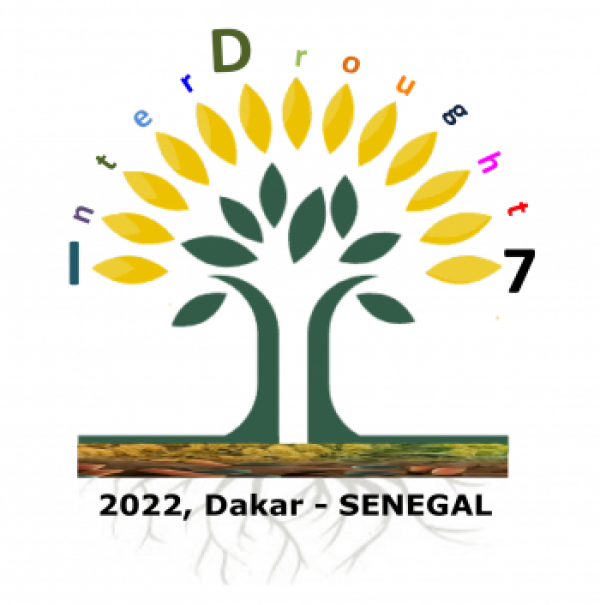 The 7th Congress on plant production in water-limited environments is co-organized by CIRAD, IRD and ISRA.

COP15 desertification: agriculture as a buffer against the advance of the desert