Science at work 6 July 2022
Transformational agroecology across food, land and water systems in seven countries in Africa, Asia and Latin America is the objective set for the One CGIAR global agroecology initiative launched recently. CIRAD is closely associated with the initiative, primarily in Burkina Faso, where it is coordinating the initiative's activities, but also in Tunisia and Zimbabwe.

Viability: the keys to an agroecological transition in Africa

One CGIAR launched a new science-for-innovation initiative in agroecology in March. The aim is to demonstrate the applicability of agroecology in the face of economic, social and environmental challenges in tropical countries. Seven countries in Africa, Asia and Latin America are concerned. The initiative's activities were officially launched on 8 June in Burkina Faso, in front of representatives of the ministries concerned and agroecology stakeholders from the country.

The aim is both to intensify production and manage land and water resources sustainably, in a wide range of contexts and with the support of the entire range of stakeholders in the food system. The ultimate objective is to guarantee the food security and economic sustainability of the territories concerned.

CIRAD is a fully-fledged partner in the initiative, and notably co-coordinator, across the project, of the establishment and running of an innovative participatory practice: Living Labs.

Living labs are the heart of the initiative. They will involve the entire range of stakeholders. In each country, they will be a forum for the co-design and agroecological adaptation of farming systems. They will facilitate co-learning and co-development of the agroecological knowledge required for innovation processes. They will also serve to link producers, processors, consumers and policymakers, to guarantee the promotion of the agroecological practices introduced, from producer to consumer.

In Burkina Faso, several existing projects are due to join the initiative

In Burkina Faso in particular, CIRAD will be coordinating the initiatives' activities in partnership with the Institut de l’environnement et de recherches agricoles (INERA) and the Centre international de recherche développement sur l’élevage en zone subhumide (CIRDES). The initiative will be federating existing agroecology projects within the territories covered by the Living Lab, such as FAIR Sahel, Viability, Propulse or Africa Milk, among others, in which CIRAD and its local partners are already involved.

As well as Burkina Faso, the initiative covers six other countries: India, Kenya, Laos, Peru, Tunisia and Zimbabwe. The first phase will last three years. CIRAD is also participating in Tunisia, in collaboration with the Centre international pour la recherche agricole dans les zones sèches (ICARDA) and in Zimbabwe, in collaboration with the International Maize and Wheat Improvement Center (CIMMYT).

4 per 1000: assessing soil carbon in the French overseas territories 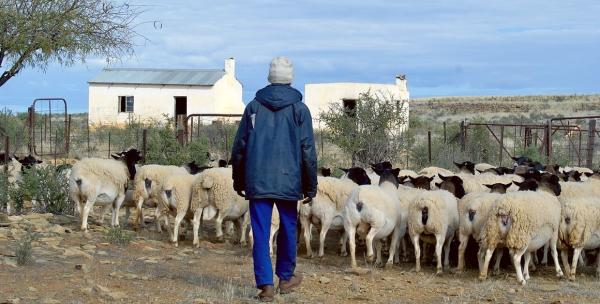