Réunion Island is on its way to a circular bioeconomy

Results & impact 27 November 2020
In Réunion, CIRAD is supporting the rollout of a circular economy through biomass recycling. With its partners*, it worked actively on this issue during the GABiR project, which achieved unprecedented successes in terms of dynamizing the sector and bringing the various stakeholders together. We look back at the main results of the project, which ended this year.

Special issue of the journal Agronews, on the circular economy (in French)

Video about the GABiR project (in French)

Bagasse, fodder, green waste, farm effluent, food waste from the catering sector or households, and so on... In island situations, it is particularly crucial to recycle these types of biomass, notably to cut imports of agricultural inputs. Over three years, the GABiR project on agricultural use of waste biomass in Réunion brought together representatives of the circular economy: farming, industrial and urban players. That economy comprises more than 8000 people in Réunion, in the Indian Ocean.

"Livestock and crop farming cooperatives, technical support services, agricultural teaching bodies, local authorities, State services, private firms, research and development organizations, and more… the project has attracted a wide range of players from all sectors, who are keen and ready to work together, in the same direction", say CIRAD's Mathieu Vigne et Jonathan Vayssière, the project's coordinators. "The networking that the GABiR project has allowed is very encouraging in terms of the future of the circular bioeconomy on the island."

In particular, GABiR has provided organic farmers with a forum for discussion. The island's organic sector is developing rapidly. "Over the past ten years, the area farmed organically has expanded by 25% a year on average, compared to 17% in metropolitan France", Jonathan Vayssière says. "However, organic farmers do not benefit from the same visibility as others" , Mathieu Vigne points out. "The project has enabled them to express their requirements in terms of organic matter use." For instance, a list of types of local biomass that satisfy organic farming criteria has been drawn up and passed on to farmers.

More than 2 million tonnes of biomass could be recycled

The project's first task was to inventory the biomass recycled or suitable for recycling for farm use on the island. The amount available in Réunion is estimated at 2.1 million gross tonnes, almost 40% of which is currently used for energy production. While the remainder is mostly already being used in farming, via circuits that often involve livestock production, some – often household waste – is still disposed of but would be worth recycling.

"Agriculture in Réunion is still largely dependent on imported agricultural inputs", says Agathe Deulvot, officer for organic matter management and recycling at the Direction de l'Alimentation, de l'Agriculture et de la Forêt (DAAF) in Réunion. "In 2018, the island imported more than 32 000 tonnes of mineral fertilizers. However, with the GABiR project, we worked out that the volume of organic waste available locally that could be used instead of imported fertilizers came to around 600 000 tonnes."

In addition to recycling waste that is not currently used, the aim is also to optimize existing recycling mechanisms. The potential for improvement, investigated by the GABiR project has centred on fodder and on green waste composting.

Almost 150 000 tonnes of household green waste is collected in Réunion each year. However, the shredded waste and compost produced are not distributed efficiently, which results in storage issues.

A strategy to recycle that green waste by co-composting it with livestock farm effluent has been studied. This is a good example of public-private sector synergy (intercommunal authorities and farmers). In particular, it has allowed livestock farmers to benefit from less strict constraints on effluent spreading. Outlets have been found in farming (livestock litter, on-farm co-composting, etc) and elsewhere (public and private park and garden maintenance).

A map of fodder production and consumption

There is strong demand for fodder in Réunion. "Farm animals consume almost 590 000 tonnes of unprocessed fodder per year, including cane straw", Jonathan Vayssière explains. In a normal year, requirements are barely covered by the grass produced locally. Above all, climate change means that the island may well see more frequent droughts in future.

In the light of this, to avoid importing fodder from metropolitan France, players in the local ruminant production chains are thinking of setting up a "fodder bank". To support the initiative, researchers from CIRAD have produced a map of the areas that produce fodder and those where there is demand from herbivorous livestock farms. By shining the spotlight on supply and demand zones, the GABiR project is enabling an assessment of transport costs and helping to pinpoint strategic fodder storage sites.

One of the main constraints for farmers is urban spread, and such tools serve to pinpoint marginal zones in which spreading will become difficult within the next few years, as well as zones further away that are still available. This type of software would be used in other municipalities to support the drafting of PLUs.

While the GABiR project has now ended, those concerned are now in the habit of working in partnership and within networks. Numerous tools and methods are now available to help Réunion with the switch to a circular bioeconomy. 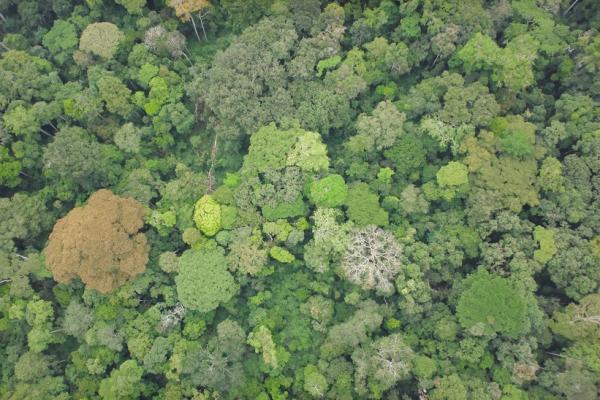 COVID-19 | Scenarios for a “post-crisis world”: playing it safe