Institutional news 5 October 2021
On 5 October 2021, the French government represented by the Secretary of State for Biodiversity, Bérangère Abba, the Syndicat du Chocolat (French chocolate trade union), CIRAD, NGOs and retailers signed joint and decisive commitments towards sustainable cocoa, with the participation of the Minister Delegate for Foreign Trade and Economic Attractiveness, Franck Riester.

Led by the Syndicat du Chocolat, this “French Sustainable Cocoa Initiative” has emerged one year after the launch, by the United Nations, of the Decade of Action to deliver the Sustainable Development Goals and the call to launch coalitions for sustainable supply chains. It brings together the state, companies, traders, retail chains, civil society organisations and CIRAD. Other organisations working in the cocoa and chocolate industry in France are invited to join the initiative.

According to Martijn ten Hoopen, CIRAD’s cocoa industry correspondent, “cooperation between research, the public authorities, the private sector and NGOs is the key to achieving sustainability goals for the cocoa industry, and is central to this new French initiative. The main objective and the prime condition for a sustainable industry is of course to ensure a decent living for producers”.

By signing this initiative, the founding signatories commit fully to ensuring a prosperous and sustainable cocoa production system, for the benefit of producers and the sector as a whole, in line with the processes already underway in other European countries, such as Beyond Chocolate (Belgium), GISCO (Germany), SWISSCO (Switzerland) and DISCO (Netherlands).

This French initiative is also part of the French National Strategy to Combat Imported Deforestation (SNDI), adopted on 14 November 2018, to end imports of unsustainable forest or agricultural products that drive deforestation by 2030.

The signatories of this initiative also undertake to work together even more closely to find sustainable solutions, going beyond the individual and collective actions already implemented. They invite all stakeholders and partners of the French cocoa industry to join this movement.

An initiative based on a threefold commitment

The signatories jointly commit to achieving the following objectives in cocoa producing regions:

The governance of the initiative

The work resulting from this initiative will be led collectively by different stakeholders:

The signatories will work to develop a governance text and aim to adopt a plan of action by 1 March 2022.

About the Syndicat du Chocolat

The chocolate sector encompasses more than 115 companies in France, from small family firms to multinationals, that produce and sell chocolate. These include primary and secondary processing companies, end product manufacturers, and networks of chocolate retailers with more than 10 shops, for some 30 000 direct jobs.

Established over 150 years ago, the Syndicat du Chocolat represents more than 85% of the sector. Its work includes assisting companies in acting collectively on the major social and environmental issues facing the industry, especially in terms of product quality, guaranteeing the sustainability of chocolate and promoting chocolate in all its diversity to consumers.

The French National Strategy to Combat Imported Deforestation (SNDI) is an initiative launched by the French government in 2018. Its goal is to end by 2030 imports of unsustainable forest or agricultural products that drive deforestation. 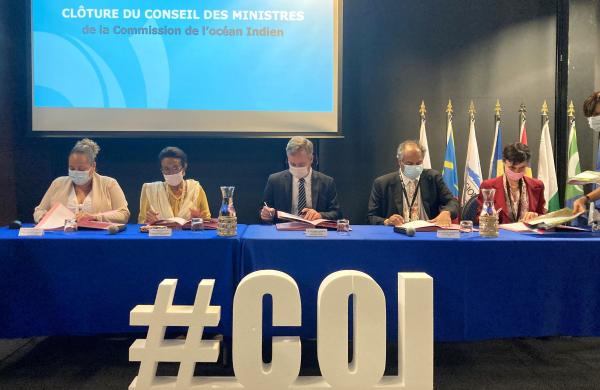 The Plant Protection Platform: major renovations and an extension to meet plant health and biodiversity challenges