In view of the importance of the human and environmental issues surrounding sustainable development in this region and its geographical proximity to Europe, the Mediterranean is a priority operating zone for CIRAD, in association with INRAE. CIRAD works with many national and international research and higher education partners, playing an active part in scientific projects aimed at improving and transferring knowledge regarding water and aquifer system management, territorial development, poverty alleviation, sustainable livestock production chains, emerging disease epidemiosurveillance system performance and crop breeding for salt and water stress tolerance.

Water management and livestock production are core issues in the Mediterranean

CIRAD's activities in the region are backed by solid partnerships built over more than 15 years, in the fields of water management  (Irrigated systems in North Africa platform in partnership - dP SIRMA), livestock production, and emerging and invasive disease control. Our plant biotechnology and agroecology resources and expertise serve to breed productive, more salt- and drought-tolerant crop varieties. We have also been heavily involved in value chain and territorial governance in the region over the past five years.

Ahead of the Africa-France Summit, agroecology will top the agenda at Montpellier Global Days Africa 2021 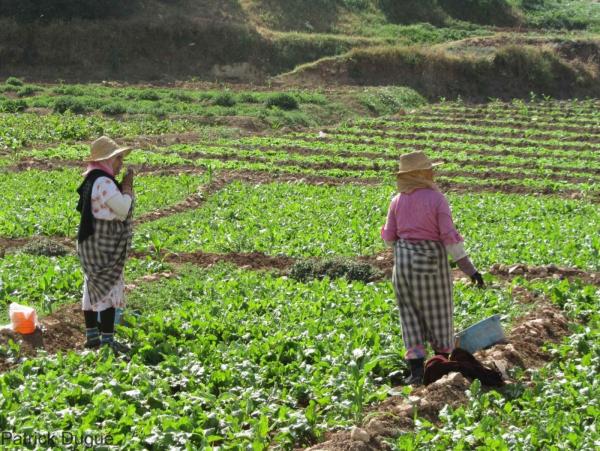 IIABA: accelerating the development of organic agriculture in Africa

Emblematic projects and platforms in partnership for research and training

The dots show the countries in which CIRAD and its partners work. They do not show specific sites.

Nine CIRAD staff members are on assignments with partners in the region (Italy, Moroicco and Tunisia), including three with FAO in Rome.

Platform in partnership for research and training

CIRAD researchers are involved in higher education, providing Masters and other diploma teaching for engineering colleges and universities in the Mediterranean. They supervise and guide students and interns, either from a distance or on the ground , particularly within the framework of the SEHMA Masters and dP SIRMA and training courses in Algeria and Morocco.
Vocational training is organized regularly by our researchers in the region. CIRAD can also provide vocational training for staff members from partner organizations.
CIRAD staff members also supervise theses and act as mentors, both in Montpellier and in Mediterranean countries.

A thematic issue of Cahiers Agricultures, volumes 26 and 27, 2017-2018.
This issue, coordinated by CIRAD and the other partners in dP SIRMA, describes oases that are full of life, that face considerable constraints but that have a place in the changes currently underway.

Oases were long felt to be in decline, having been subject to profound, disruptive changes since the second half of the 20th century: emigration, urbanization, government projects and the arrival of investors. Conventional oases were joined by new agricultural extensions or projects, juxtaposing traditional and more modern forms of agriculture.
Despite their specific issues due to substantial climate constraints, oases also fit into current changes: the contrast between tradition and modernity, the changing roles of the State, local communirties and private players, recognition of territorial specificities, concerns about natural resources and the environment, etc. They are on the frontline of a more global debate on the ecological transition towards sustainable development.

The Mediterranean Region under Climate Change – A Scientific Update

CIRAD coordinated a section on agricultural management, livestock and food security in this collective work (2016) coordinated by Allenvi, which brought together 150 authors to reflect on the mechanisms and impacts of climate change and make recommendations for the Mediterranean, one of the most exposed regions.

Flick through the book on line

A website devoted to the biology and rearing of large camelids (camels and dromedaries) and camel production chains.