Four ambitions for a sustainable cocoa sector by 2032

Just out 5 December 2022
To mark the International Symposium on Cocoa Research in Montpellier, CIRAD is sharing its vision of the issues surrounding the development of a sustainable cocoa sector, and has produced a ten-year roadmap.

If we want to carry on eating chocolate, we need to change how we grow cocoa!

Climate change, deforestation, a living income for producers, and so on... in response to a range of challenges, the cocoa sector, on which between 40 and 50 million people worldwide depend for a living, needs to reinvent itself.

CIRAD has pinpointed four priorities for the sustainable development of the sector, to guide its research in partnership with the main producing countries:

To mark the International Symposium on Cocoa Research in Montpellier, CIRAD is sharing those four ambitions for sustainable cocoa growing, and invites stakeholders in the cocoa sector to contact cocoaresearch@cirad.fr to continue discussions of its vision.

At CIRAD, the cocoa sector involves:

CIRAD is first in the global rankings for the number of publications in the field of cocoa agricultural science, and is involved in 12 national and international networks on cocoa, such as the French sustainable cocoa initiative (IFCD). It has some 50 projects on cocoa, such as Cocoa4Future, on agroforestry.

Crises and food security: how can we control global food price rises? 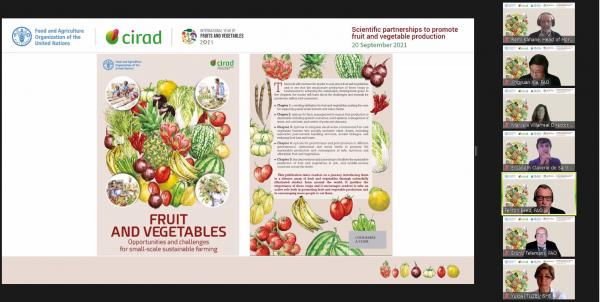