What makes for successful agroecological transition? Lessons from the global South

Science at work 21 September 2022
Agroecology is increasingly being seen as a way of developing sustainable farming systems tailored to producers' constraints and more resilient to climate and health hazards. Backed by 15 years of research on the topic with its partners in the global South, CIRAD's researchers have identified levers for building and improving agroecological systems. They describe the pathways to transition in an article published in the journal Agronomy for Sustainable Development, quoting examples and success stories.

Levers for the agroecological transition of tropical agriculture

The agroecological transition of agricultural systems in the Global South

Viability: the keys to an agroecological transition in Africa

Organic farming, conservation agriculture, agroforestry, to name just a few… there are a multitude of cropping systems that illustrate the pathways to agroecology.  A recent article published in Agronomy for Sustainable Development looks at the principles and levers for an operational agroecological transition in the global South. The authors, all researchers from CIRAD and experts from the Agence Française de Développement (AFD), define three essential pillars for successful transitions:

To implement those three principles, they have pinpointed around a dozen levers shared by the different tropical production systems, including:

These conclusions were based on CIRAD's unique expertise of tropical zones, as François Côte, the article's lead author and Tropical Supply Chains Officer at CIRAD, stresses: "CIRAD has extensive feedback on a wide range of tropical cropping systems, thanks to its agricultural research partnerships in almost 50 countries. It is that wealth of expertise, alongside producers, that puts us in a position to support agroecological transitions in farming systems in the global South, and to demonstrate their relevance".

Agroecological transition is a long process, but there have already been some success stories, thanks to the combined efforts of researchers, producers and other players. A few examples are given below:

Agroecology starts in the field, by exploiting the synergies between crops and their environment. Agroecological practices seek to make use of the assets and services offered by ecosystems. In return, preserving natural equilibria guarantees the sustainability of farming systems and their resilience in the face of climate or health risks. For instance, CIRAD is testing agroforestry (associating trees and crops) for value chains such as coffee.

BREEDCAFS | Key results for the coffee of the future

For several decades now, CIRAD has been convinced that the future of coffee lies in agroforestry. Its research is aimed at improving varieties and cropping techniques, and assessing the performance of this type of agroecological cropping system. Over four years, the EU H2020 BREEDCAFS project worked across these scientific fronts, in Cameroon, Nicaragua, Vietnam and at several European organizations (roasters, universities and research centres). We take stock of its results, which could change the entire value chain.

In the French West Indies, the chlordecone crisis has acted to speed up the development of environmentally friendly production systems. With the support of the authorities, CIRAD has worked with producers to develop and implement a set of techniques based on the principles of agroecology, to reduce pesticide use. By encouraging the use of in vitro plantlets, fallow periods and service plants, and biological trapping of pests, pesticide use has been cut by almost 60% in just a few years. This virtuous dynamic is continuing and is now being rolled out in Africa, to produce both dessert bananas and cooking bananas (plantains) for local consumption. 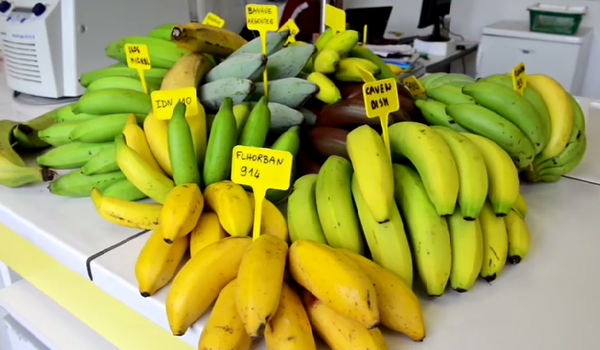 Producing more pesticide-free plantain bananas: the story of Cameroon (a podcast in French)

Political support is vital for any large-scale agroecological transition. Some countries have committed to this, for instance in Latin America, but also in West Africa (Senegal).

In 2019, CIRAD helped to found a new movement for an agroecological transition in Senegal, DyTAES, alongside farmers, consumer organizations, NGOs, local authorities, researchers and private firms. Based on its members' research and field experience, the movement aims to help the Senegalese government draft agroecological policies and make the country an example in this field. We look back at two years of promising results...

The laws of agroecological transition in Brazil (a podcast in French)

To find out more about agroecology and meet some of the protagonists, come to Montpellier for:

Organized by CARI, the United Nations Convention to Combat Desertification and the Observatoire du Sahara et Sahel, in partnership with CIRAD.

CIRAD on the front line of the fight against antimicrobial resistance

Is livestock farming in the tropics a “climate killer”?