Institutional news 6 July 2021
Over the past ten years, CIRAD has been building an impact culture, using an approach known as ImpresS. This relies on two complementary operations: looking back at past experiences (ImpresS ex post) and mapping out impact pathways when designing research interventions (ImpresS ex ante). (Re)discover the ImpresS approach, with a short but instructive animated film.

Since 2014, as regards its research, CIRAD has opted to go beyond a "culture of promises" and build an impact culture. That culture associates our partners, and is founded on a better understanding of the mechanisms at play within innovation processes.

The aim is to generate long-term impacts. The approach also helps research to communicate better about its planned interventions, with various types of players: primarily research and development partners, but also public players and donors.

A three-minute animated film has been produced to explain (or re-explain) the ImpresS approach in an instructive, concise way.

The ImpresS ex ante approach aims to produce a hypothetical impact narrative by describing plausible impact pathways, right from the research design stage (projects, network strategies or value chain road maps). Those prior analyses then serve to monitor and assess the pathways identified, by encouraging adaptive management of research interventions. ImpresS ex ante sets out hypotheses, which are frequently implicit or unintentional, regarding the generation of certain types of changes and their contribution to societal impacts. The approach is participatory, involving the group leading the research intervention.
A new version of the ImpresS ex ante approach was produced in late 2020, and is available in three languages (English, French and Spanish).

The ImpresS team is continuing its methodological development work, to equip teams during the intervention management phase, notably to monitor and assess impact pathways. 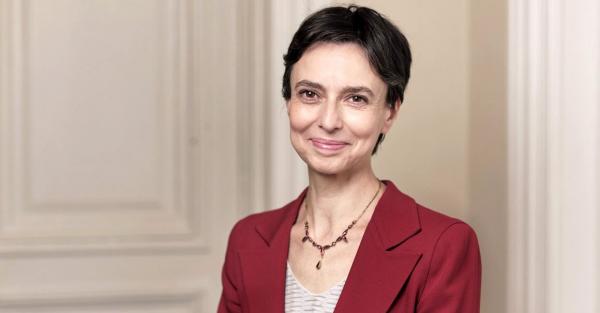 Elisabeth Claverie de Saint Martin: "The challenges are so huge that we must join forces and build coalitions of stakeholders committed to achieving the SDGs"