Over almost 20 years, the Swiss agrifood product trader ECOM and CIRAD have built a multi-faceted partnership.

From marketing a coffee berry borer trap to developing resilient coffee varieties, through building agroforestry models that mean producers are paid a fair price, this partnership has come up with a range of innovations that have had a substantial impact. In 2002, ECOM, the world’s second largest coffee trader, which was interested in developing Arabica hybrids, contacted CIRAD researchers about setting up a commercial partnership. A licence and technology transfer agreement covering the true-to-type multiplication of those new varieties by somatic embryogenesis was signed by CIRAD and ECOM, which provides producers with inputs and services in more than 40 countries worldwide.

The two partners set up an in vitro culture laboratory using the somatic embryogenesis technique to propagate planting material on a large scale. CIRAD subsequently assigned technical experts to ECOM in central America, and their partnership steadily built up to the signing of a 15-year framework cooperation agreement in 2016.

The BROCAP® patented trap, developed by CIRAD and licensed out to ECOM, allows growers to control coffee berry borers and produce natural coffee with no pesticide residues. It boosts green coffee yields by 12%.

Two CIRAD-ECOM coffee varieties, Marsellesa ® and CentroAmerica ®, are now sold on a large scale. Almost 50 million trees have been planted, notably under social responsibility programmes such as Starbucks’ “One tree for every bag”. The new Starmaya® variety is also now available, and the MundoMaya® variety is currently being tested in more than 15 countries.

The two organizations are also partners in the MATRICE project in Nicaragua, a coffee agroforestry cluster that links producers with the end purchaser (Nespresso), through a novel form of partnership. CIRAD provides its agronomic expertise, contributed to drafting the specifications and business plan, and plays a major role in overseeing the partnership behind the cluster. ECOM, for its part, is in charge of postharvest processing, logistics and relations with purchasers.

Building on these successes, we have launched new operations over the past two years, such as co-funding a thesis in Vietnam, jointly supervising an intern working on pesticides in the coffee value chain, and building a women’s cooperative specializing in horticultural propagation of hybrid varieties in Nicaragua.

Hundreds of thousands of small-scale coffee producers in Latin America, Africa and Asia are facing increasing difficulties. The work and research done by ECOM and CIRAD means that we can now offer them a catalogue of new varieties with novel characteristics.
With varieties such as Marsellesa, Starmaya and more recently MundoMaya, we have made coffee production more resilient to diseases such as coffee leaf rust, and to climate change, which is making traditional coffee-growing regions less suitable for this ancestral crop.
This link with the reality on the ground, with coffee farmers and producers, has pushed ECOM into new areas where very few coffee traders naturally stray. The role played by CIRAD in both developing new varieties and studying alternative pesticides and practices is vital for the coffee value chain. ECOM is very proud to be a part of these efforts and to work with CIRAD to build a future for coffee production. 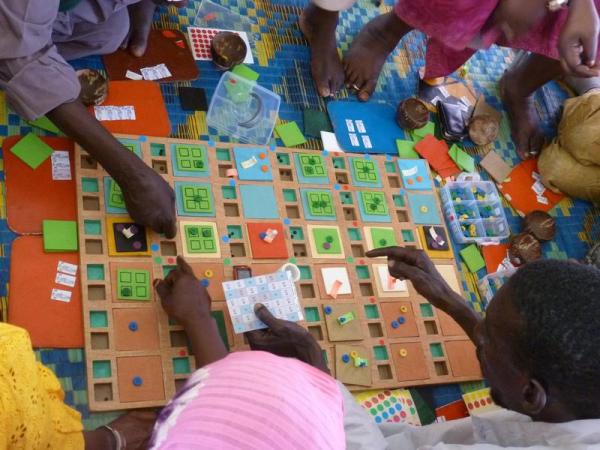