A year after the IPBES workshop on pandemic prevention, what progress has been made worldwide?

Call to action 28 July 2021
In July 2020, IPBES assembled a panel of experts to look at the scientific evidence of the origin of Covid-19 and come up with solutions to prevent future pandemics. One of the causes identified by the experts was over-exploitation of nature, and one of the solutions the rollout of One Health approaches encompassing environmental health. A year on, just a few weeks away from the IUCN World Conservation Congress, Serge Morand (CNRS-CIRAD) and Claire Lajaunie (INSERM) look back at what we can draw from the experts' report and the progress made since, in an article published in One Earth.

Biodiversity and COVID-19: a report and a long road ahead to avoid another pandemic

Thierry Lefrançois: “The launch of the One Health High-Level Expert Panel is a crucial step in preventing global epidemics”

Covid-19 | The environmental origins of the pandemic

On 11 March 2020, the WHO officially announced the pandemic of Covid-19, a disease that was assumed to be of animal origin. The type of virus concerned had nevertheless been under scrutiny from the international community, as Serge Morand, a health ecologist at CNRS currently posted to CIRAD in Thailand, recalls: "The WHO had already listed several infectious agents, including coronaviruses, as possible candidates to be "disease X", a disease with a potential to cause an epidemic, and to which we have few if any medical solutions. As long ago as 2008, the WHO, OIE and FAO had also launched "One Health" collaboration, to improve monitoring of zoonotic diseases".

However, that coalition did not include UNEP, which only recently came on board. Its involvement was prompted by the fact that over-use of natural resources, environmental and biodiversity degradation, and climate change are recognized as key factors in the emergence of zoonotic diseases. According to the experts brought together by IPBES, more than 30% of such diseases are almost certainly linked to land use changes, such as urbanization or agricultural expansion.

Their report, published in late October 2020, also pinpoints the gap between the measures planned on an international level and their implementation on a national and local level. The authors of the article published in One Earth on 23 July 2021 feel that the solution lies in redrawing the lines between different scales, sectors, disciplines and communities.

Redrawing the lines, to improve the science-policy dialogue

Whereas zoonoses – diseases passed between animals and humans – lie at the interface between human, animal and ecosystem health, the responses to the Covid-19 pandemic have been largely sector-specific. To remedy this, the IPBES report suggested redefining a more flexible action framework that would foster dialogue between various research topics and sectors, taking a One Health approach. The experts also highlighted the importance of networks for linking the global, national and local levels.

Since then, several international initiatives have taken those recommendations on board: a One Health High-Level Expert Panel, including the environment component, and a global pandemic prevention project: PREZODE.
In June 2021, the WHO, FAO, OIE and UNEP announced the creation of the One Health High-Level Expert Panel (OHHLEP). Its aim will be to provide scientific evidence to inform public policy on the control of emerging diseases at the interface between humans, animals and ecosystems. Serge Morand is one of the 26 global experts appointed to the panel.

The World Health Organization (WHO), the Food and Agriculture Organization of the United Nations (FAO), the World Organisation for Animal Health (OIE) and the United Nations Environment Programme (UNEP) have announced the launch of a high-level expert panel on the One Health approach. Serge Morand, a health ecologist at CNRS, on secondment to CIRAD in Thailand, has been appointed as one of the 26 international experts.

The PREZODE initiative – Preventing emerging zoonotic disease risks and pandemics – was launched in January 2021, under the aegis of France. This global initiative will combine research projects and operational activities. It will be backed by national and local networks, to enable improved monitoring and prevention of epidemic emergence, working at the interface between the environment, wildlife and domestic animals. PREZODE was initiated by three French research bodies – INRAE, CIRAD and IRD – in association with some ten other research organizations. It already associates more than a thousand researchers worldwide. 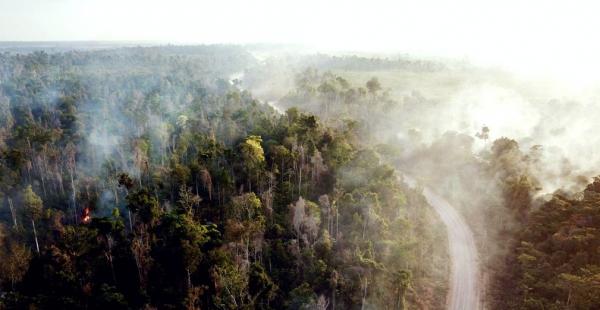 Under the aegis of France, and notably the Ministry of Higher Education, Research and Innovation and the Ministry of Europe and Foreign Affairs, PREZODE, an initiative to prevent emerging zoonotic risks and pandemics, was announced on the occasion of the One Planet Summit for biodiversity on 11 January. Three French research institutes – INRAE, CIRAD and IRD – have teamed up with around ten other research bodies* in France, Germany and the Netherlands to launch PREZODE, which has already mobilized more than 1000 researchers.

Serge Morand, Claire Lajaunie. 2021. Biodiversity and COVID-19: a report and a long road ahead to avoid another pandemic. One Earth