Event 29 May 2019
Family farmers are central to transitions linked to food security, biodiversity and climate change. According to the FAO definition, family farming accounts for 90% of the world's farms, produces roughly two thirds of its food, and covers more than half its agricultural land. In recognition of this major role, and after the success of an international year in 2014, the United Nations are now dedicating an entire decade to family farms. CIRAD attended the official launch, at FAO HQ in Rome on 29 May.

World Agriculture watch is firmly installed at the FAO

Launch of the decade : photos of the event

Actors, Resources and Territories in Development

In 2019, five years after a dedicated international year, the United Nations decided to honour family farming again, this time for a decade. Since 2014, the floodlights have focused on the challenges posed by climate change and biodiversity loss and, to a lesser extent, on the associated solutions in agriculture, including agro-ecology.

Over that time, family farmers continued to feed the world, covering some two thirds of global food requirements, and to develop rural areas. The aim now is to associate them with the main global issues, since family farming is part of the solution. It is even a key player in transforming food systems.

According to the FAO, family farming accounts for 90% of farms worldwide, with farms of less than 2 hectares - also family-run - representing 84% of the total. Family farming generates and maintains a wide range of local expertise, and has the potential to implement practices that guarantee a substantial degree of autonomy. It so happens that autonomy is one of the main characteristics of agro-ecological practices. That autonomy guarantees its remarkable form of resilience.

Agro-ecological practices are already being intensified

However, family farming, and particularly its most agro-ecological and innovative forms, now needs to make its voice heard. In sub-Saharan Africa, in particular, in response to the huge numbers of young people entering the job market – 1 million per month, according to the latest UN figures – it could be amajor lever for employment . To do so, it must be capable of intensifying the agro-ecological practices already in use. This is one hypothesis that CIRAD will be looking into in the coming years.

For Jean-Michel Sourisseau, a socioeconomist with CIRAD, it is important to take greater account and make better use of the potential of family production systems. The aim is to integrate family farming into public economic development policy, which currently favours a rapidly expanding agroindustrial sector and trend towards increased specialization in export crops in some countries. It is also important to ensure sound management of land tenure to avoid excessive occupation, foster markets dedicated to family farms, for instance by means of certification or public purchasing systems, or promote the ecosystem services rendered by rural farming families.

Boosting the synergies between family farming and agro-ecology

At the same time, agro-ecology development policies could benefit from greater synergy with family farming. It would be in the interests of agro-ecology to take on board value chains, with greater food quality traceability and better profit distribution right along the chain and a relocation of systems, and eventually to modify all the various food systems within territories.

The aim is therefore to strike a balance that will serve to establish a virtuous circle, to benefit both family farming and agro-ecology.

To explore the a various ways of ensuring greater recognition and consideration of family farming systems as stakeholders in current transitions, CIRAD is helping to draft the action plan for the decade.

The data and conceptual framework drawn from the World Agriculture Watch initiated by CIRAD and now based at the FAO will also fuel operations over the decade.

Global launch of the Decade of Family Farming, Rome, 29 May 2019

The official launch of the decade, led by the FAO and IFAD, was preceded by two days of preparatory meetings associating family farmers from various regions and sectors. Potential operations in each region were debated.

The official launch was on 29 May, with a presentation of the objectives of the decade and the global action plan.

On Tuesday 28 May, Jean-Michel Sourisseau introduced the plenary session on the Sustainable Development Goals. 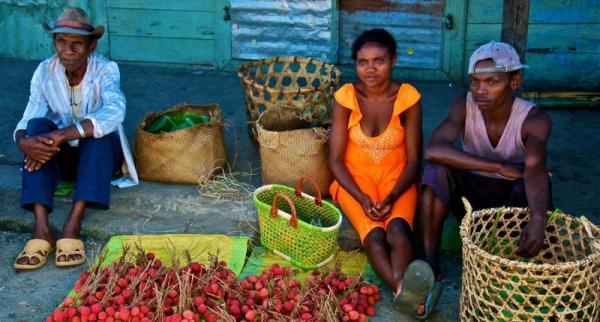