The pastoral landscapes of the Sahel are mitigating climate change

Just out 9 December 2019
Whereas livestock production often stands accused of being one of the agricultural activities that generate the most greenhouse gases, in some situations, it can in fact indirectly mitigate climate change. Researchers from CIRAD have shown that certain pastoral zones in the Sahel have a negative carbon balance. This startling fact could prompt greater State involvement in such zones, hence contributing to their development and stabilization.

Using livestock farming to reduce our impact on climate change by practising apparently runs counter to current theory. However, in the vast semi-arid landscapes of the Senegalese Sahel, greenhouse gas (GHG) emissions from the zebus, goats and sheep reared by Fula people are cancelled out by carbon capture in the area's bushes and soils. Better still, those emissions could be reduced even further by means of certain land use planning measures. This would make pastoral livestock production a major player in the fight against global warming, while helping to ensure the region's political stability.

These conclusions are drawn from a thesis study by Mohamed Habibou Assouma, an agronomist and animal scientist now working for CIRAD, between 2013 and 2015 in the Ferlo region of northern Senegal. "This work consisted in assessing nitrogen and carbon flows and reserves on a territory scale, over a year", says Jonathan Vayssières, an agronomist and modelling specialist who supervised the thesis. In particular, it served to revise the figures for methane gas emissions generated by livestock digestion downwards. The study also highlighted the indirect effects of livestock production on the carbon balance of such ecosystems. "By eating plants, animals help cut methane production by termites and reduce fire risks." The end result is a neutral, if not slightly negative carbon balance for the region.

A carbon balance that changes according to the season and site

However, substantial variations in nitrogen and carbon flows were observed, depending on the season. "GHG emissions are higher during the rainy season than in the dry season" , Mohamed Habibou Assouma explains. Emissions are also higher near where nomadic farmers set up camp, and near watering points. This is where certain recommendations could improve the carbon balance still further. "Equipping watering points with troughs would cut methane emissions caused by manure deposits in temporarily flooded areas." Storing fodder during the rainy season and collecting manure to produce biogas are also possible solutions.

Pastoral livestock farming is once again being promoted

This work, funded by the EU AnimalChange programme and the Islamic Development Bank (IDB) and conducted with the help of the Institut sénégalais de recherches agricoles (ISRA), is serving to promote these pastoral landscapes.

All issues of Perspective

With Perspective, CIRAD sets out to suggest new lines of debate and action, backed up by research work, albeit without presenting an official institutional position.
This series of 4-page summaries presents novel ideas or policies on development issues of strategic importance for countries in the South: food security, land tenure, climate change, energy security, forest management, standards, etc 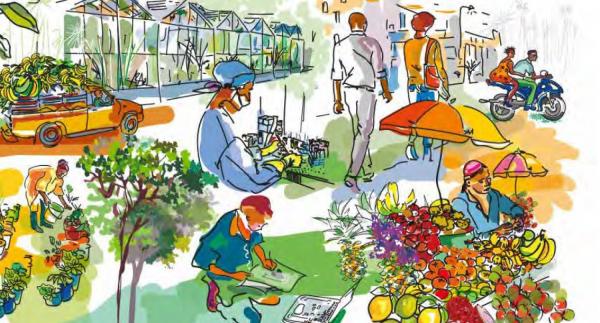